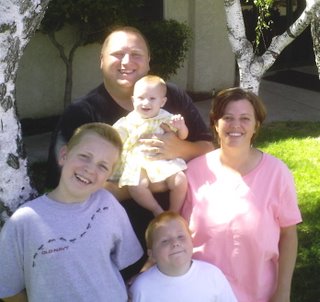 Amie heard a story on TV about a woman who lost her husband on 9/11 and is now raising money to help the poorer than poor women of Afghanistan who have lost their families. That’s all the way forgiveness. It’s beautiful. It reminds me of Jesus.
Posted by Chris Whitler at 8:09 PM

I have been and continue to pray for Stella and you all. I will especially keep you lifted up on Thursday. I love you brother.