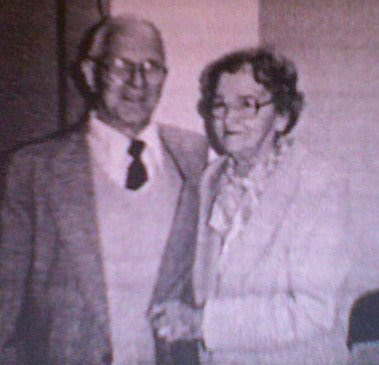 This is a picture of my grandparents. We called them Momo and Popo. Popo was a rigger for Louisville Gas and Electric Company. Momo was his wife. They were happy. They were loving. They lived for their family. They grew a huge garden and shared it with their church. They worshiped in simplicity. They rose early and worked hard all day. They canned food for the winter. Popo watered his garden from the rain barrel...by hand (well into his eighties). They rarely complained and always laughed.

I've especially been thinking of Momo lately. She refused to talk politics. She refused to let you know who she voted for on election day. She went to the polls, cast her vote and didn't feel the need to talk about it.

In so many ways, we should all be more like Momo.
Posted by Chris Whitler at 9:12 PM