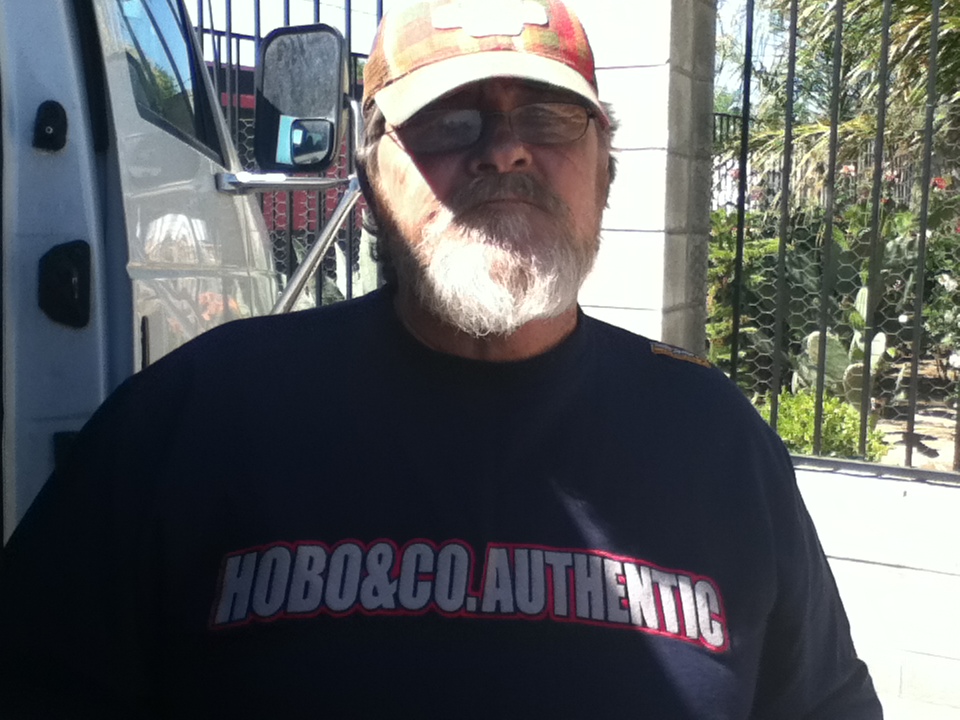 We met Arley about 9 years ago and, to be honest, I didn’t have much charity for him at the beginning. Aaron was the one that pushed me to get to know him. He was always drunk in the park and the worst kind of drunk at that. He was pitiful. He cried and said he was sorry way too much and I just didn’t think he was worth a lot of our time. I didn’t have patience for him. He seemed beyond hope. I was wrong. 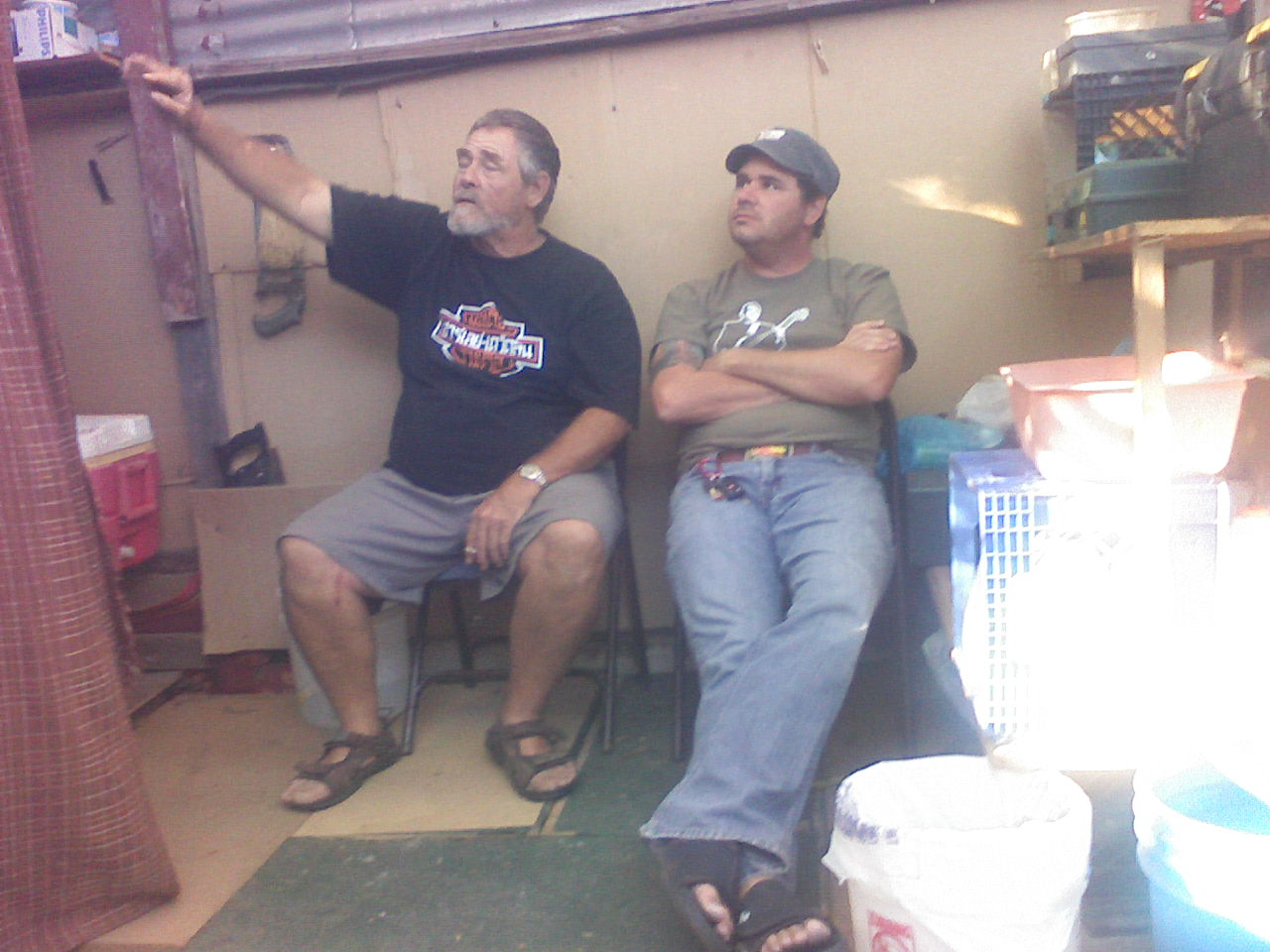 Friendship and consistency and love worked it’s way into Arley’s heart. He opened up to all of it. He opened his heart to Jesus. He sobered up. He began to reach out in love to others and became a real, regular part of our life. He came to 9th Street with us every week. He came to Bible study. We played dominoes, shared lunch and laughed a lot. He was also grouchy, gruff and grumbly. He was doing the best he could with what he was given. He was one of the most resourceful people I have ever known. 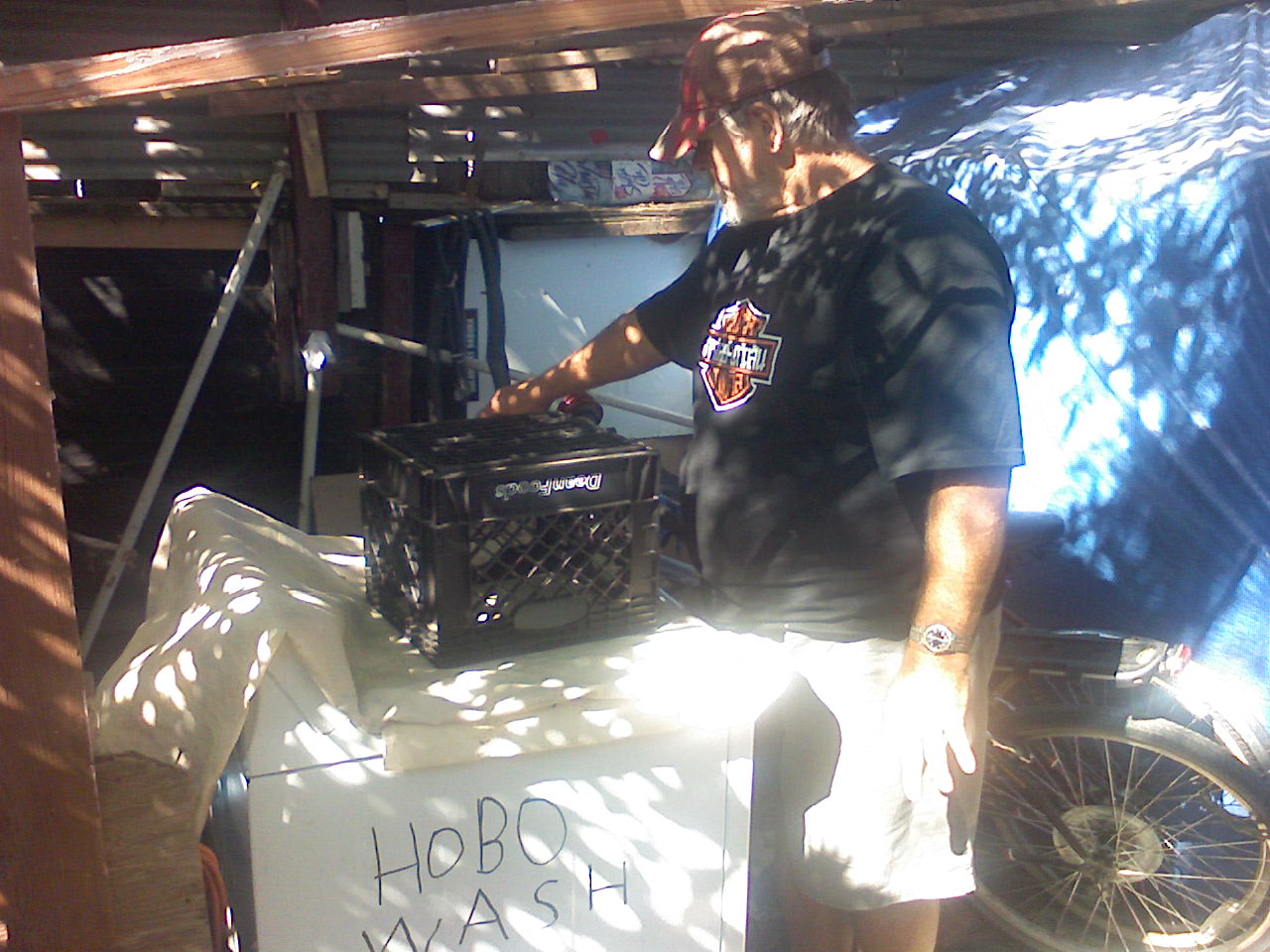 He lived in a little shanty he built in his sister’s backyard called the Hobo Shack. It was every 12 year old boy’s dream and over the years it got some great upgrades. First was the hobo wash machine, then came the hobo fridge and finally, this year, the hobo AC! He had a TV, DVD player, stereo (always playing country) and pictures of his friends on the wall.

This past Superbowl Sunday, he called right as the game was starting to ask for a ride to the hospital. I knew it was bad. Arley hated doctors and didn’t like to be fused over in any way. He was in for 10 days. They discovered multiple inoperable blood clots in his abdomen. The only thing they could do was try to keep his blood thin enough to travel around them and hopefully they would absorb back into his body. Since that time in the hospital, Arley had just not been his same self. He never quite felt up to anything.

Arley passed away two weeks ago and it’s just still so hard to wrap my mind around. He was my good friend and I really miss him. He really has left a big hole in my life. 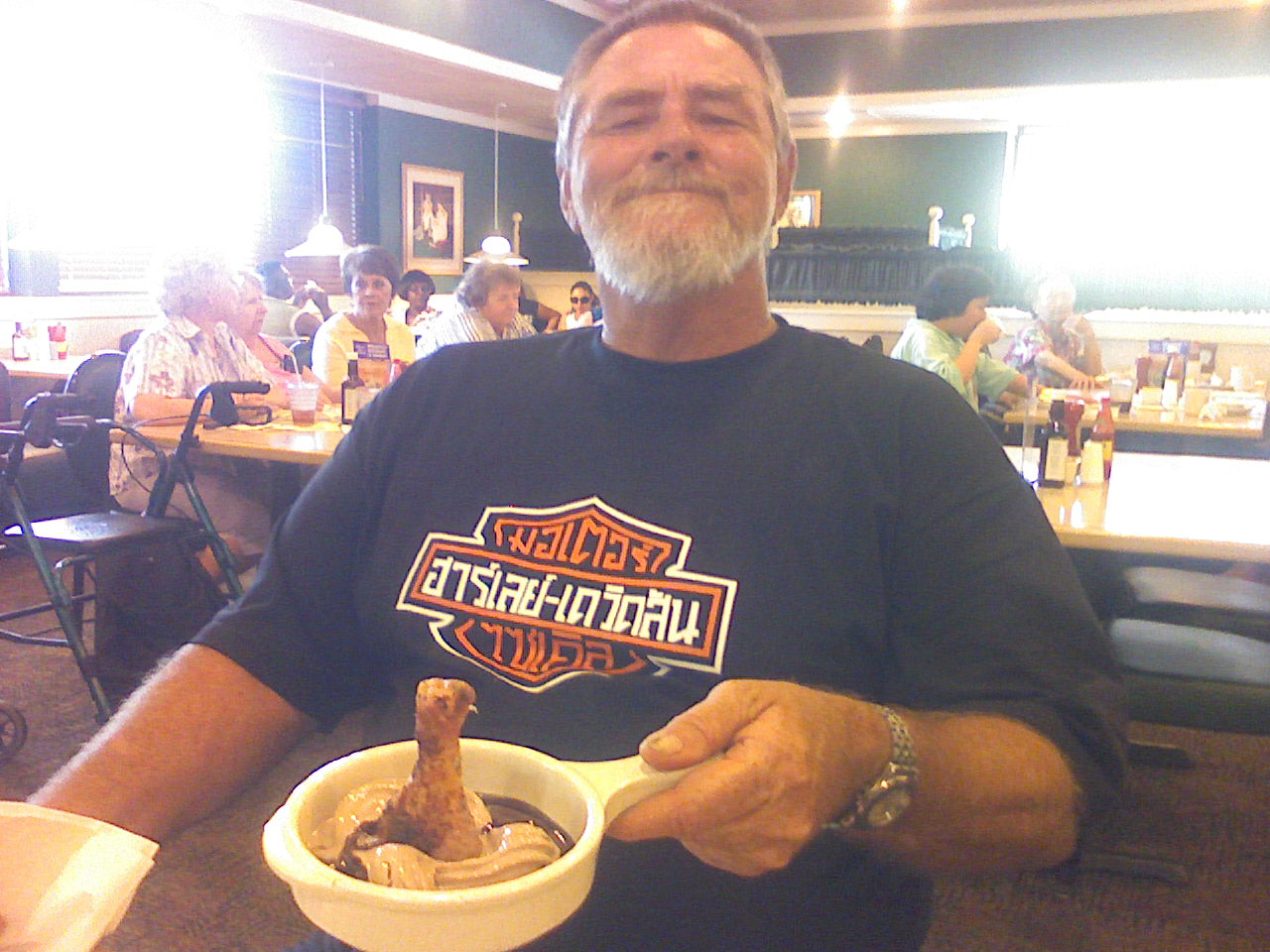 We had taken Arley to lunch countless times. Especially memorable were the annual birthday trips in May to Hometown Buffet, his favorite place. He loved to surprise us with the weird combinations he’d bring back to the table.

Aaron and I got to spend a last day with Arley a few weeks ago. He had come into a little money and wanted to take us out to Hometown, his treat! He also had us back to the Hobo Shack for a movie. It was about as perfect a last day as we could have hoped for. And to think, I almost passed it up to “get some stuff done”!

In Genesis, it says that Abraham died happy and at a ripe, old age. And that is, I’m sure, all of our wish. But it doesn’t always happen that way. So many in my life have died way too young. Arley was only 61. But I do know this, sometime on July 3rd this year, Arley died into happiness. The weight he struggled with from his past life rolled off his shoulders and he stood up in Light and now knows even as he is known. No more dim glass for him. Now, he sees face to face. 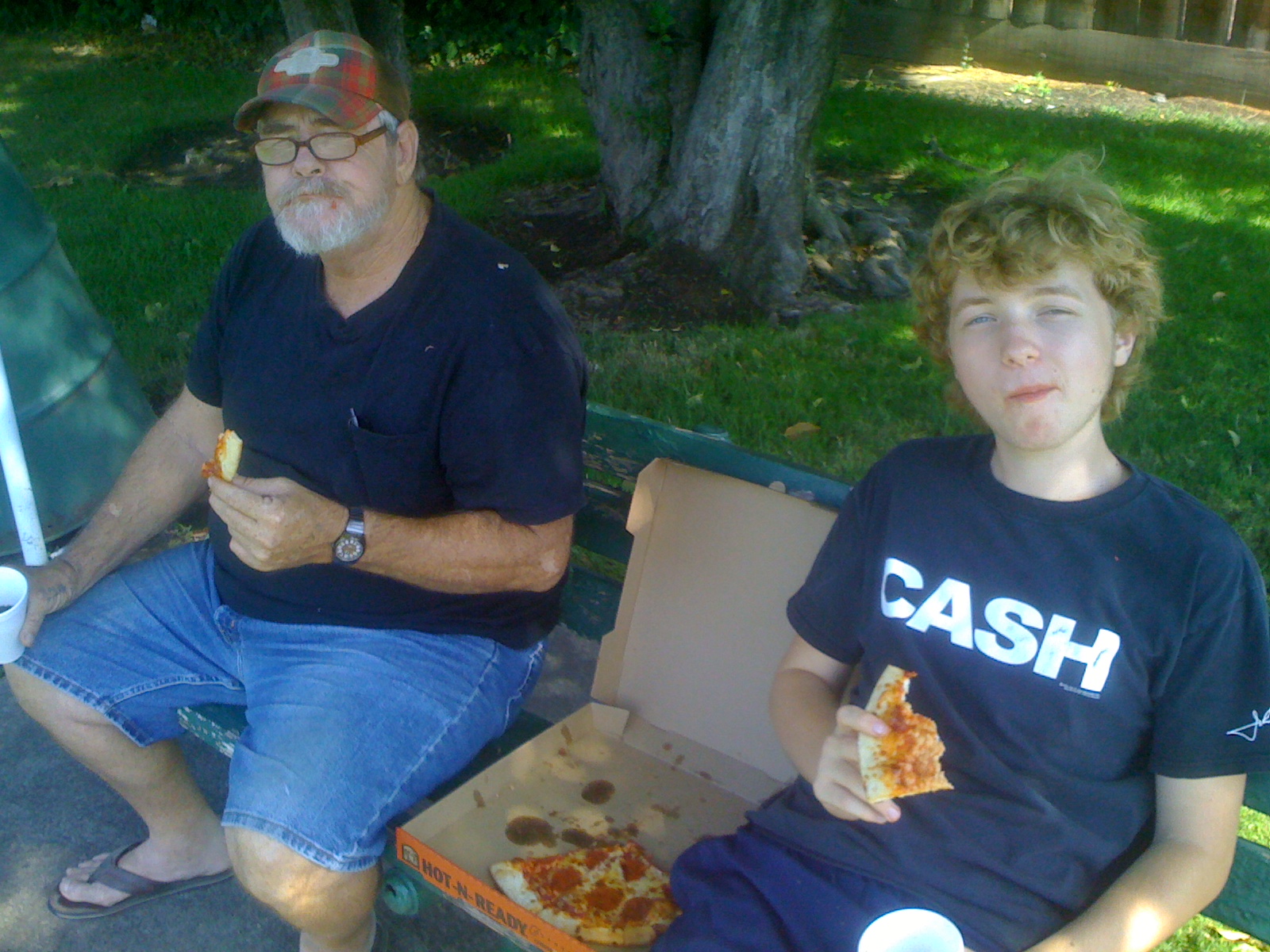 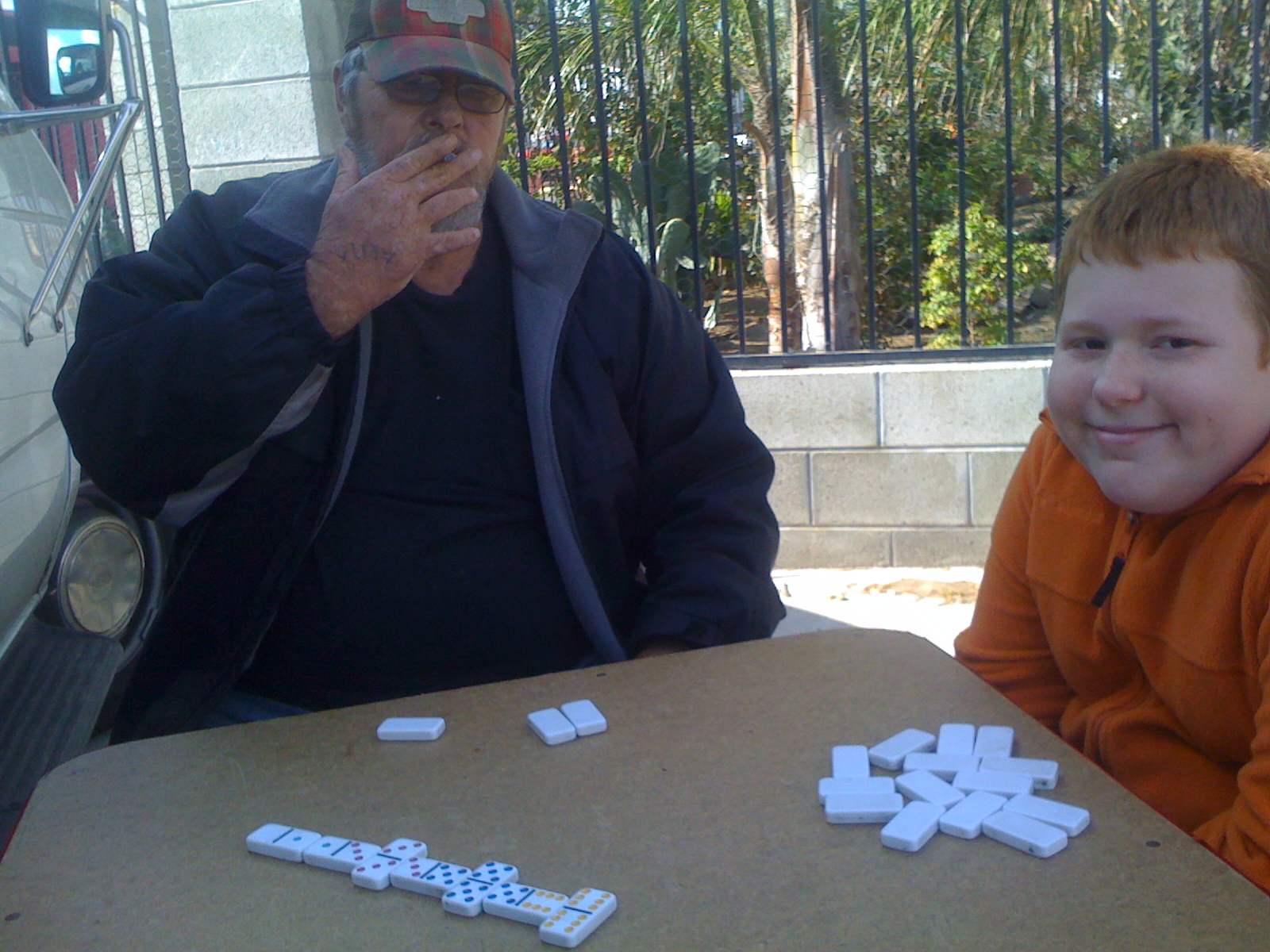 But here, we live with the vacuum that he leaves behind. I had lunch with Arley almost every Friday for 7 years. We can feel his absence at the 9th Street Cafe. His domino table sits empty. There is no stopping at Madera Ave to pick him up. There is no happy dread of what is going to come out of his mouth when he gets in the van. He’s just gone.

At some point, Jimmy read that one of the origin stories of the word “Hobo” is that it came from the words “homeward bound.” So, Arley is no longer a Hobo. We are the hobos. We’re on our way to the happiness he’s found. And I can’t wait to share it with him. 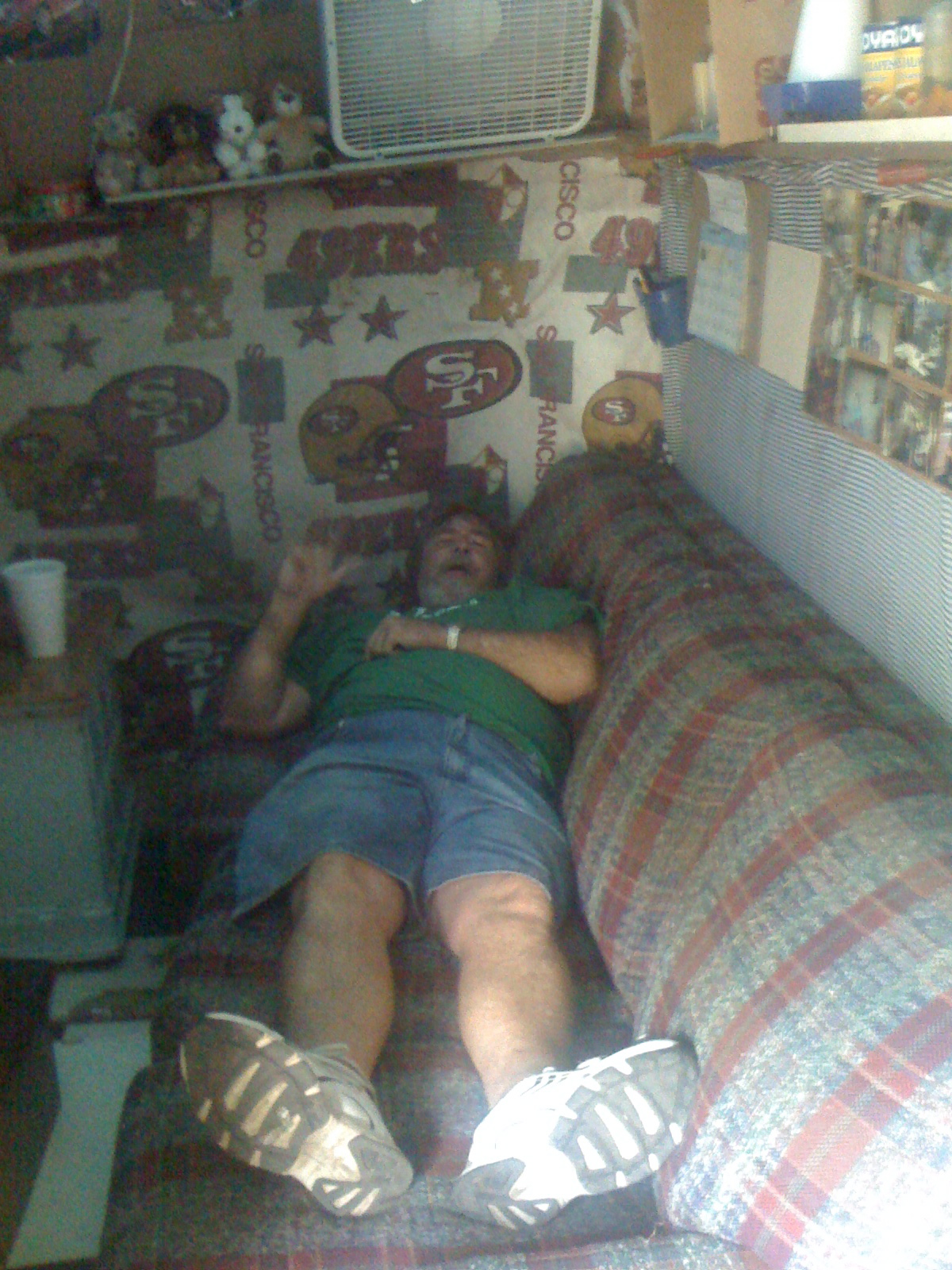 Posted by Chris Whitler at 7:00 AM