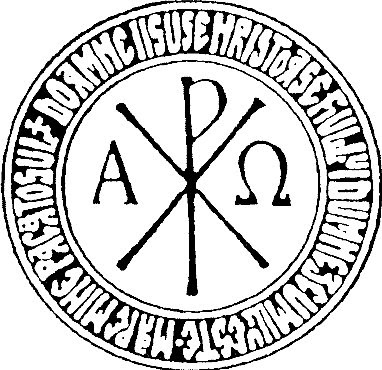 To some who were confident of their own righteousness and looked down on everybody else, Jesus told this parable: "Two men went up to the temple to pray, one a Pharisee and the other a tax collector. The Pharisee stood up and prayed about himself: 'God, I thank you that I am not like other men—robbers, evildoers, adulterers—or even like this tax collector. I fast twice a week and give a tenth of all I get.'

"But the tax collector stood at a distance. He would not even look up to heaven, but beat his breast and said, 'God, have mercy on me, a sinner.'

Eastern Christians for centuries have used this story as a means to daily prayer in a liturgy that is called "the Jesus Prayer" or "Prayer of the Heart". Slightly modified, they promote this prayer that the tax collector says in this form...

"Lord Jesus Christ, Son of God, have mercy on me"

The thought is that in this little prayer is the entire gospel. From the Wikipedia entry..."The Jesus Prayer is composed of two statements. The first one is a statement of faith, acknowledging the divine nature of Christ. The second one is the acknowledgment of ones own sinfulness. Out of them the petition itself emerges: 'have mercy'."

Orthodox Christians have also held this small prayer as a way to fulfill the call to "pray without ceasing". There is a great story chronicled in a book called "The Way of the Pilgrim" by an unnamed Russian Christian who walks across Russia, reciting this prayer over and over.

While some of the Orthodox conclusions about this prayer may not seem to fit my evangelical American culture, this is still a nice little prayer to keep in your pocket. So often we feel that "prayer" has to be some long, drawn out thing and for me, many times making up my own words in prayer feels like I'm reaching and searching for ways to say things God already knows. Sometimes a simple "have mercy" or "Our Father..." is all you need.

Prayer is not for God. We are commanded to pray because God knows we need to pray. It is the place where our heart can acknowledge God and acknowledge our need for God. Prayer is the lens we need to see the world through otherwise, all is despair. So much more than mere ritual and exercise, prayer is the very place we find our relationship with God - this is life.
Posted by Chris Whitler at 9:17 AM