These were taken by Josh at Columbia State park...

Glonk here for a good article from the bee about last Saturday's march.
Posted by Chris Whitler at 8:23 PM No comments:

First let's start with a couple variations on a theme. Who do you think it's really true of... 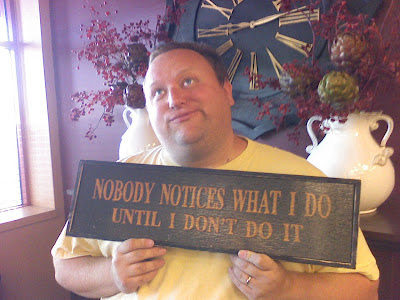 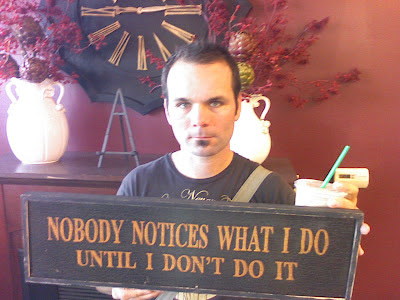 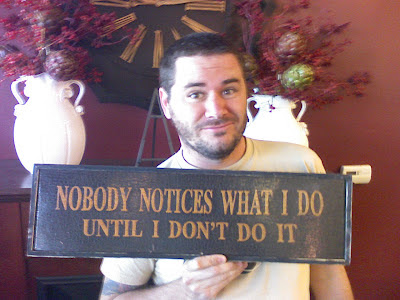 And here's Josh and Sam with one in the Theater...hanging with the High School Musical crew... 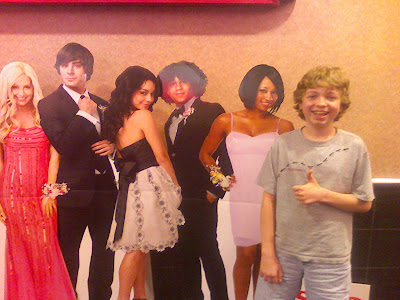 Sam said he was tripping them... 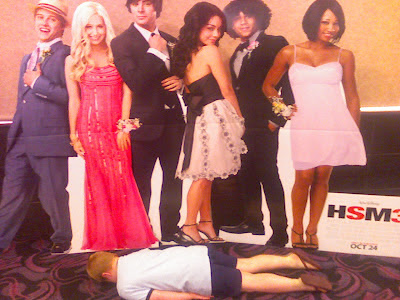 Last night, thanks to a generous donation from our good friends at Youth For Christ, we were able to take our Saturday "kids club" group to a Modesto Nuts game. That's right, our local team is called "The Nuts" It's especially fun when the crowd
begins to cheer, "Let's Go Nuts!" We had a great, loud, crazy time. 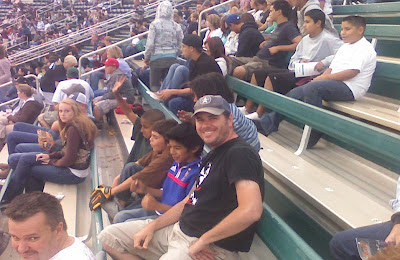 The kids loved it as the Nuts hit the winning run while they were tied at the bottom of the 9th with 2 outs and two men on. It was a sweet victory. During the subsequent
fireworks show, one of the guys turned to me and exclaimed, "This is the best night
ever! Do you have tickets for tomorrow night!" We had a blast. 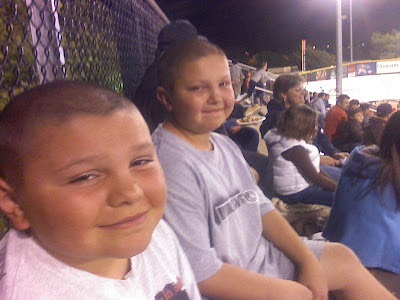 Today was the city's March against gang violence and we participated with a few
of the students we know. The crowd was small, partly due to rain and mostly due to
Modesto not really being an engaged town for this sort of thing. It's hard to get
people out for community events. But you got to start somewhere. The speeches were
good and mostly about preventing the kinds of atmosphere where gangs thrive. It was
good to be there and take part in something important in our city... 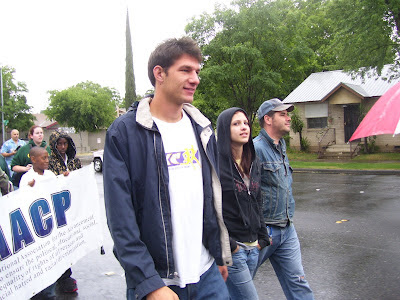 We even got to help hold the "Youth for Christ" banner and walk with our friends... 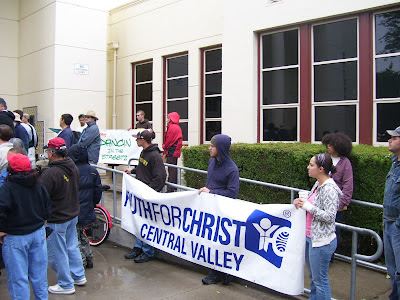 And last but not least, this weekend saw the release of the long fabled, talked, hoped and prayed for 4th Indiana Jones movie... 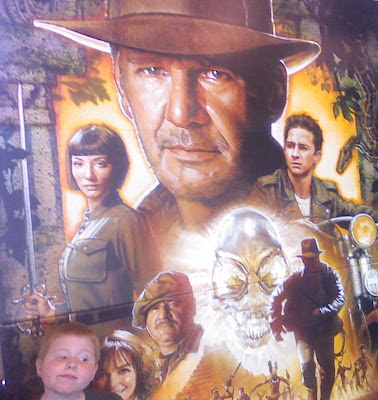 The Whitlers loved it! Somehow, Sam made it into the cast. It's good to see Indy again on the big screen. For me, it didn't disappoint.
Posted by Chris Whitler at 8:59 PM 3 comments: 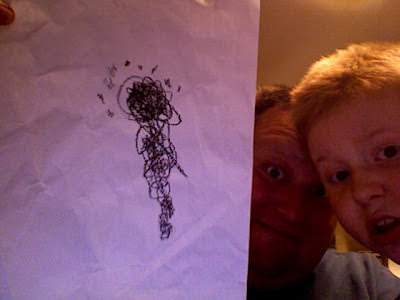 This is the picture Sam brought back from Sunday School this past week. The teachers told him he could draw a picture about the story they read in class or just draw something on their own. Sam drew this. What is it? It's a black hole sucking up the 9 stars of hope. Duh. The end of the world is near.
Posted by Chris Whitler at 8:22 PM 1 comment:

Some of these were taken on my cell phone, most of them were taken by our friend Shelly Wason of shellywasonphotography.com

Wonder which are which? : )

I've been hungry for a good concert lately. I haven't had a lot of time for music and I've recognized that as a problem. A few weeks ago, a guy named Justin Fox came through town. He's a musician from southern California and was playing a few venues in our area. An acquaintance in ministry works at one of the churches that was hosting a concert and brought up the fact that they were looking for a host home. Aaron was away in Ireland so we had Justin stay with us. We attended his concert. It was good but it was also a youth group and that comes with it's own set of distractions and agenda. It wasn't the "concert" I'd been hungry for. I can't wait to see Justin again though...he's a great guy and makes good music that I'm only starting to get to know.

Earlier last week, I went searching online for a good concert. I looked at Phil Keaggy , Randy Stonehill and Bob Bennett, the latter two being from California my chances were good. Randy Stonehill is coming to Scaremento in August, Bob is playing lots of seminars and retreats but I saw that Phil was coming to Monterey on Thursday! I wondered how I could make it work. Monterrey is at least three hours away...concert at 7, bread truck till 5:30...no way. Boo. But I did find a Randy Stonehill and Phill Keaggy live CD to download on itunes. That went a long way to satisfy my fix. But not quite what I wanted.

The next day I got a phone call from another youth pastor friend...

"Oh, well, you might know who I'm talking about. Would you like to come to a free Phil Keaggy concert this Friday night at our church?"

So the rest is history. It was awesome. And Phil just the way you need to see Phil. A small room (280 people), Phil and his guitar and his awe inspiring digital looping on the fly skills. He did all my favorite songs of his. He sang "Here comes the Sun" (do do do do). He sang Bob Dylan's "Make you feel my Love"...a heartbreakingly sweet rendition. I think he did some "Love Song". He shared his heart. He talked about the old days. He talked about Jesus. He humbly shared with wisdom, skill, wit and of course, some mind blowing musicianship.

It felt like when I was 12 and sitting at my very first real concert. It was Dallas Holm and Praise. I was blown away. I had never really been "into" music. I was a bit of a late bloomer having lived a pretty sheltered Christian life on a Christian collage campus in Northern Wisconsin. These guys were not like my Sunday School teachers. I grew up knowing about a nice God who wanted us to be nice people and do nice things. Idefinitely came on the scene post Jesus movement, so Christian music was beginning to lose it's edge. But it wasn't gone yet. These artists challenged me with radical messages of abandon to God, evangelism and challenge to live holy lives that matter. I've said it before, but we need it again...desperatly.

So at the end, Phil came out right where I was sitting and the crowd gathered round for autographs. Amie had been naturally walking toward me and we were soon swept into the Phil mania. So Amie shook his hand...the one with the middle finger missing. Then there was an awkward silence and then Amie said, "Phil, this is my husband, Chris..." And Phil extended his de-fingered hand to me and I shook it and could sense the missing digit. He touched me, oh, he touched me and I'm wondering if I play guitar better now.

So you have to do some looking, but different, real, good stuff is still out there. Who wants to go see Randy with me this August?
Posted by Chris Whitler at 8:05 PM 1 comment: