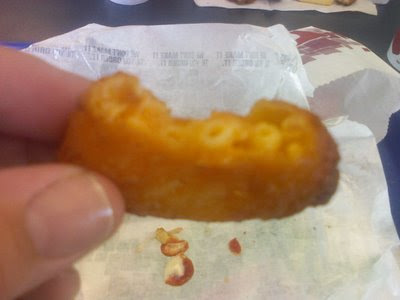 Alright, I haven't blogged in a while (who reads this anyway?) but, I thought I'd add this just so you know...Jack in the Box now serves fried nuggets of Macaroni and Cheese. Hmm. They're not bad. Hopefully more depth and inspiration come soon.
Posted by Chris Whitler at 9:28 PM 6 comments:

"He entered again into a synagogue; and a man was there whose hand was withered.

They were watching Him to see if He would heal him on the Sabbath, so that they might accuse Him.

He said to the man with the withered hand, "Get up and come forward!"

And He said to them, "Is it lawful to do good or to do harm on the Sabbath, to save a life or to kill?" But they kept silent.

After looking around at them with anger, grieved at their hardness of heart, He said to the man, "Stretch out your hand." And he stretched it out, and his hand was restored.

The Pharisees went out and immediately began conspiring with the Herodians against Him, as to how they might destroy Him." -Mark 3

We don't know a lot about love and how it operates. I've been thinking about love lately. A post by my friend Beth and another from Mary have helped me too. Does love mean you overlook everything and be 'nice'? Does it mean you pick every battle? How do you "sin not" in your anger?

This story about Jesus gives me a clue. He was angry and grieved. This was not a slight on Jesus' personal pride. Jesus was not angry for his own sake. Ever secure, he was grieved and angry on their behalf.

Jesus grieved over how locked in and stubborn they were and with authority (not rebellion) he acted and healing came. Jesus' pro-active authority shut the mouths of his accusers.

There is a time to be angry, reasons to grieve - but complaint and rebellion do not bring healing, love and action do.
Posted by Chris Whitler at 6:24 AM 2 comments:

We've been here for 7 years this summer. We've never been to the county fair. So, when we heard about "kids get in free night" and "free 'Raven Simone'" night all in the same night...hey, why not. Let's get the ball rolling with some variations on a theme... 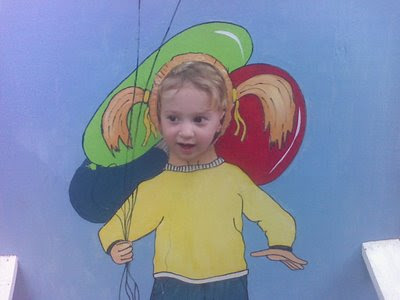 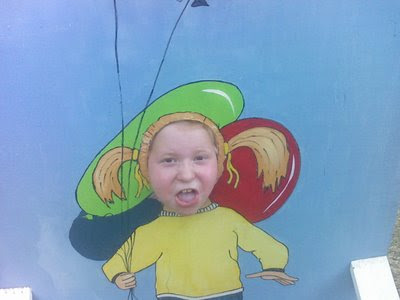 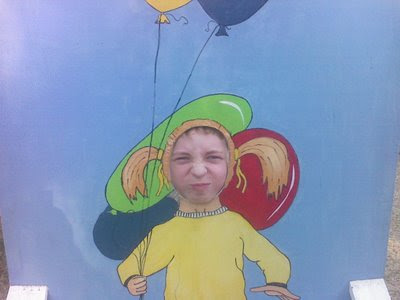 And these...when we saw these we could not resist paying waaaaaaaaaaay too much for them. They were not as good as they look...do they look good? I think the fair food smell kinda gets in when you're surrounded with it and well, takes over and makes you do something crazy. Like...buy these fries... 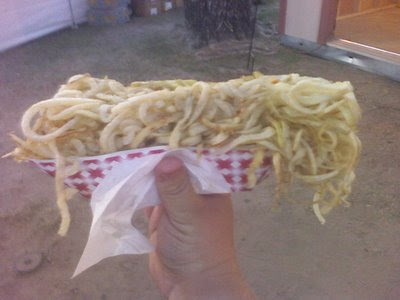 They were VERY greasy. Very. They were wet...soaking with grease. We threw them away before they were done. If you know the Whitlers...that's quite a thing. And then there was Raven. The doors opened at 5 for the 8:30pm show. The stadium was packed at 5. We didn't really make it in. Josh and I squeezed in to standing room. Here she is saying good night...or not...I can't get the sound to work...well, you can kinda see her just like we kinda saw her...

The fair...I dunno...it's kind of like, pay money to get in and spend money. But we took our dinner and only spent a little bit and we saw Raven and got sick on fries and had some fun...so, yeah. The fair. The end.
Posted by Chris Whitler at 8:49 PM No comments: